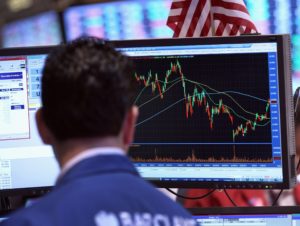 It is not a secret. As the S&P 500 and other US stock market indexes have seen big gains in the last five years, active managers have struggled to outperform.

Bloomberg reported (using Morningstar data) earlier this year that just 20 percent of actively managed funds investing in U.S. stocks beat their main benchmarks in 2014. This is right in line with the average 21 percent that topped the indexes in the last five years. Unsurprisingly, money has moved dramatically into low-cost funds, mainly ETFs, that track indexes.

So why do professional managers have such a hard time beating the S&P 500?

One of the main reasons is that when the S&P 500 removes a company and adds another, the new firm tends to be an outperformer:

This causes a substantial, structural upward bias to the earnings growth of the S&P 500 index. In fact, there is a 1.2% growth rate difference between the new companies added to the S&P 500 and the index without them. This difference has remained for the last 8 years, according to research by Morgan Stanley.

It seems investment managers may employ a good investment strategy simply by buying the new companies that are included in the S&P 500 each year.