As the US bull market goes into its seventh year, we admire how far we have come. From the dark clutches of fear in March 2009, the S&P 500 has had one of the greatest six year bull market runs in history, more than tripling. 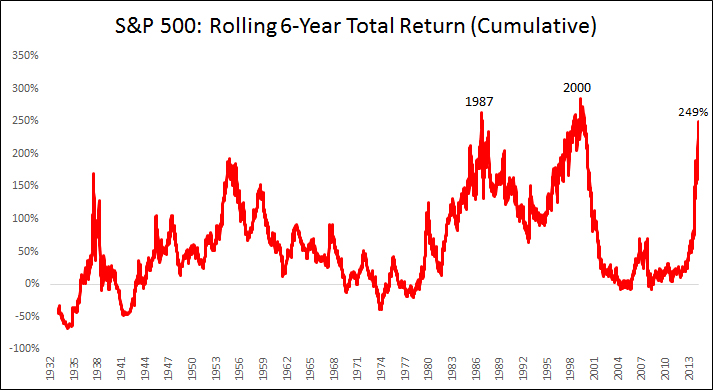 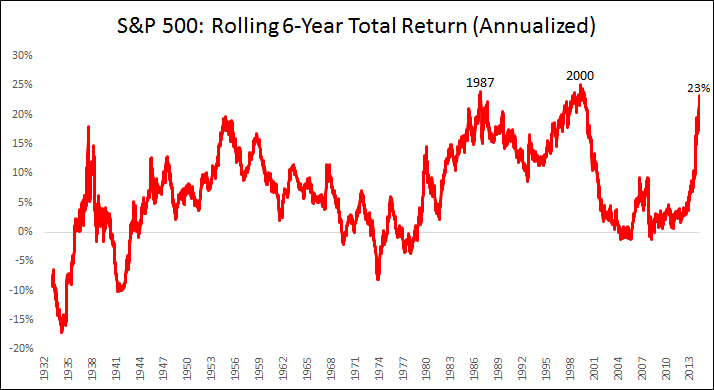 We urge you not to believe 20% annualized returns are the “new normal,” and the next six years will mirror the last. You may hear others argue that as the world’s central banks engage in unprecedented quantitative easing, there is no limit to how high a P/E multiple the S&P 500 can reach. According to the financial media, the story is during this new central bank era, historical norms can be safely discarded.

While anything is possible, we should also consider a world where mean reversion still exists. A repeat performance of the last six years is unlikely for the following reasons:

1) The average annualized return for the S&P 500 since 1928 is 9.3%. To expect the market to increase at a rate double this for another six years is to expect the greatest bubble in market history, far surpassing the dot-com bubble that peaked in 2000.

2) The long-term price-to-earnings ratio (CAPE or Shiller P/E) of 28 is now higher than all prior periods since 1871 with the exception of 1929 and the dot-com bubble which peaked in 2000. 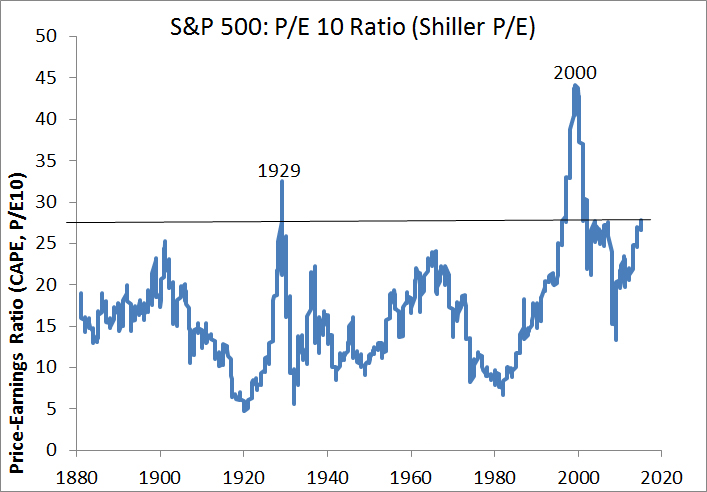 3) Although it’s a terrible short-term predictor, there is a strong inverse relationship between longer-term returns and initial price-to-earnings ratios, particularly at extremes. The highest decile of Shiller P/E values in the past (levels >26.3) have shown the worst average forward returns at 1.7%. 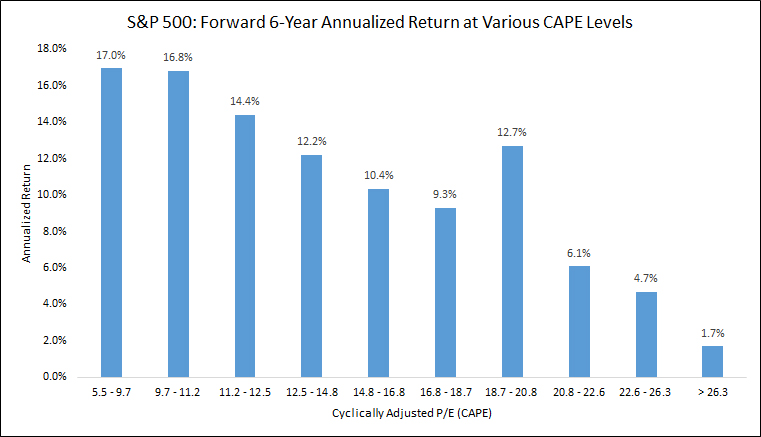 4) Investors are about as bullish as they have been anytime in the last six years. The 45% difference between bulls and bears today stands in absolute contrast to the -20% spread six years ago. If the strongest gains in equity markets are built on a wall of worry, as the adage goes, well…there is no such wall to speak of anymore. 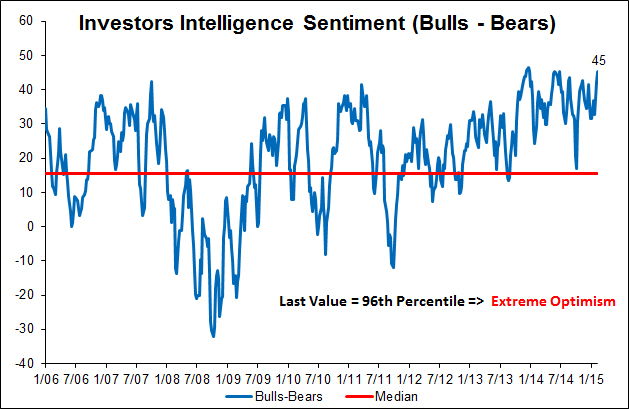 While these factors may certainly be ignored in the short-run, they will be harder to ignore over a six-year period. At the very least, they suggest that the odds of above-average returns from here are low.

In the bond market, the US Federal Reserve’s actions have suppressed interest rates for over six years now. At the current level of <3% the U.S. 10-year Treasury yield suggests that bond returns are likely to be far below average in the years to come. 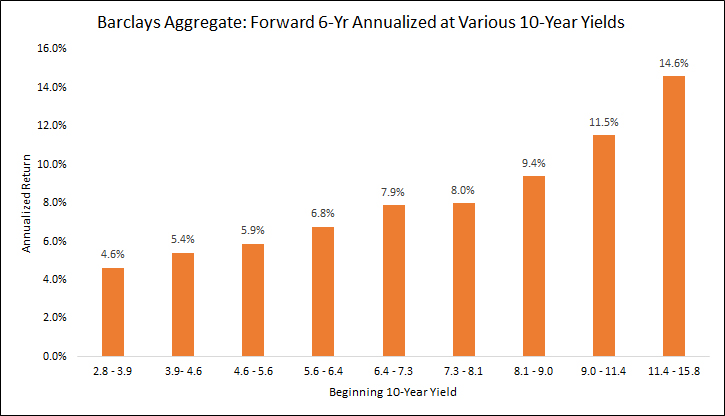 The next six years will look nothing like the previous six and investors are likely to face a much more challenging environment. It would be wise to allocate to investments that take advantage of both up and down trending markets. Email us for a list of such funds that we would recommend.