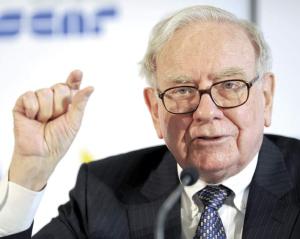 Warren Buffett published his annual letter to Berkshire-Hathaway (BRK.B) shareholders in late February. In it, Buffett devoted many paragraphs to the subject of share buybacks, a topic he has opined on before. This year, he focused specifically on valuation and price performance.

Regarding valuation, here is what the Oracle of Omaha wrote:

Charlie (Warren Buffett’s partner) and I favor repurchases when two conditions are met: first, a company has ample funds to take care of the operational and liquidity needs of its business; second, its stock is selling at a material discount to the company’s intrinsic business value, conservatively calculated.

We have witnessed many bouts of repurchasing that failed our second test. Sometimes, of course, infractions—even serious ones—are innocent; many CEOs never stop believing their stock is cheap. In other instances, a less benign conclusion seems warranted. It doesn’t suffice to say that repurchases are being made to offset the dilution from stock issuances or simply because a company has excess cash. Continuing shareholders are hurt unless shares are purchased below intrinsic value. The first law of capital allocation—whether the money is slated for acquisitions or share repurchases—is that what is smart at one price is dumb at another.

If IBM were to earn, say, $20 billion in the fifth year, our share of those earnings would be a full $100 million greater under the disappointing scenario of a lower stock price than they would have been at the higher price. At some later point our shares would be worth perhaps $1-1/2 billion more than if the high-price repurchase scenario had taken place.

The logic is simple: If you are going to be a net buyer of stocks in the future, either directly with your own money or through a fund, you are hurt when stocks rise. You benefit when stocks swoon.

Buffett acknowledged that his line of thinking won’t win many investors over. Behavioral scientists are documenting how hard it is for humans to pass on a certain, but smaller, reward now for a potentially bigger, but uncertain reward in the future. Yet, the math shows that the potential is there for Buffett’s approach to work.

Even if you don’t agree with Buffett’s logic immediately, understand the mathematics behind it. Its the same math that supports the idea of dollar cost averaging into long term holdings. You want to be a buyer when prices are low and expected to rise, not necessarily rising and potentially going to decline. If this is not clear still, make sure you contact us to show you how the seemingly illogical works in your favor.